CloudBerry Backup can restore image-based backups as AWS EC2 instances. During the process you may encounter the error: "FirstBootFailure". Check out the PowerShell script below that will help you in troubleshooting.

One of the most frequently met errors is the following:

This error appears if the image in some respect does not meet the EC2 VM-import prerequisites. To identify the source of the problem, first go to the Amazon's documentation that lists the actions you need to take in order to ensure that the VM meets all of the requirements. Read it thoroughly and make sure that your VM is properly configured for EC2.

If that didn't help, turn to the aforementioned PowerShell script that automatically identifies the reasons for potential import failure. Once you've downloaded it, do the following: 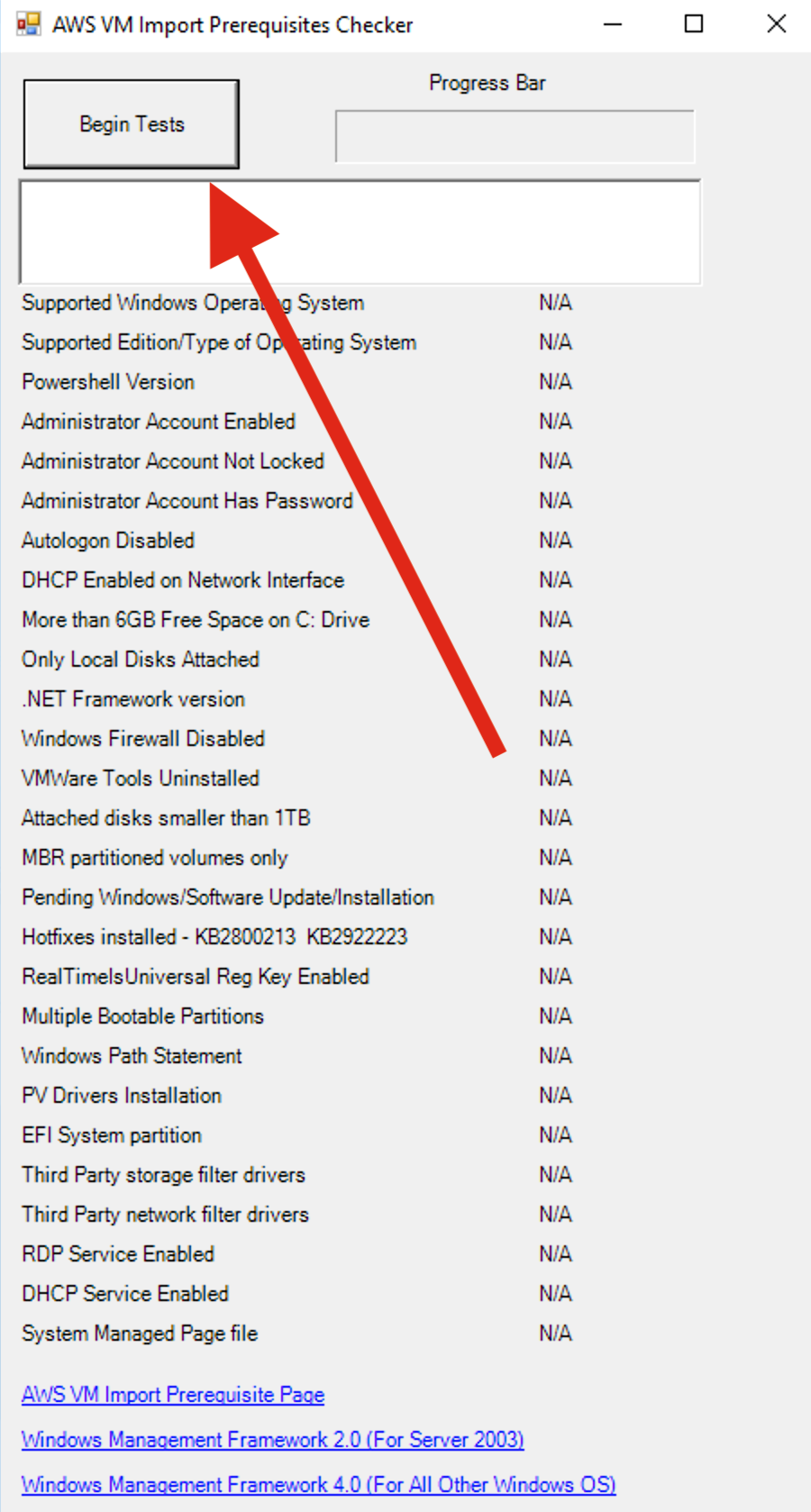 The utility will perform the required examination and immediately report the found issues. You can click Info... next to each failed test to learn more about the findings. 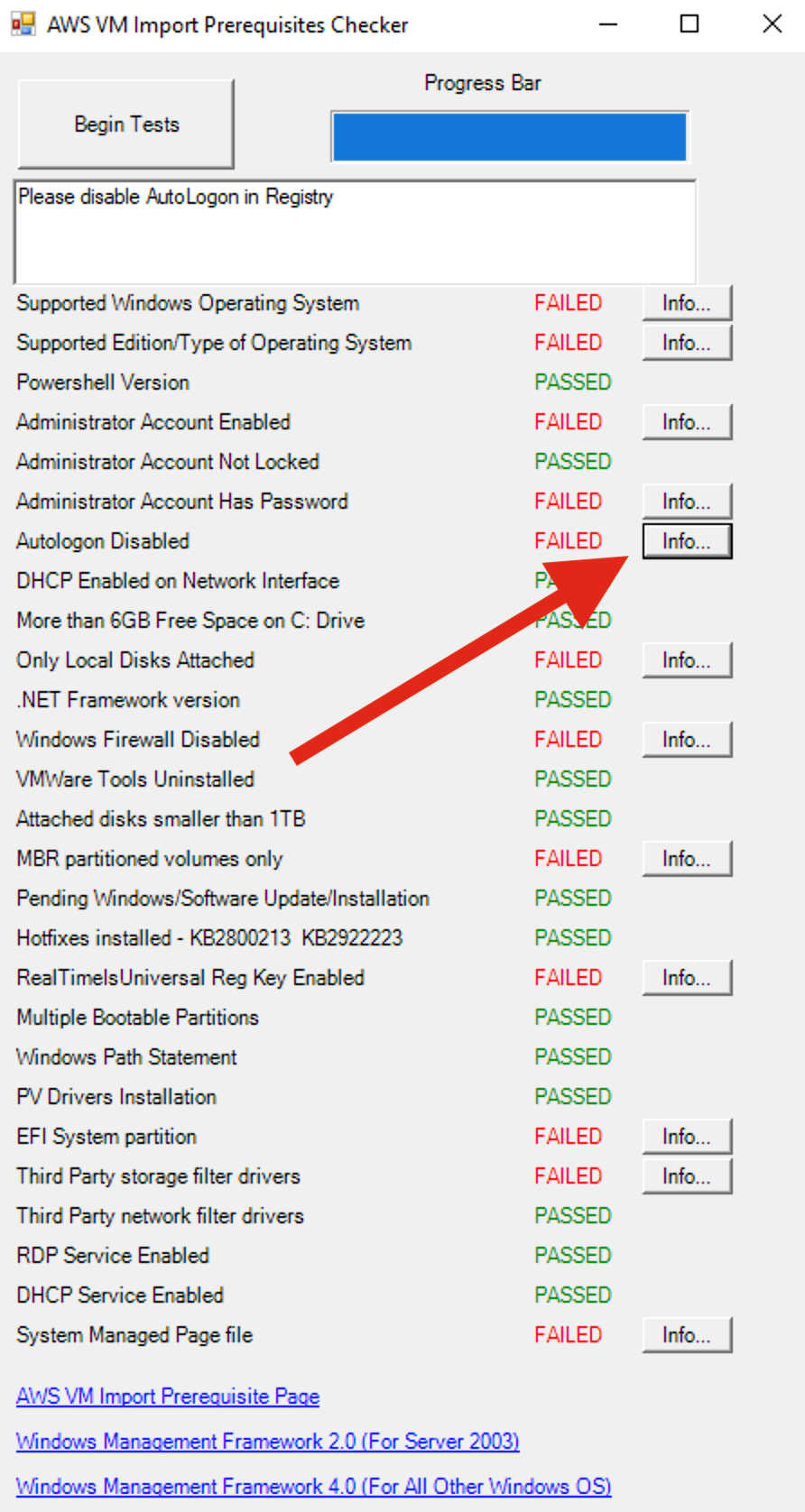 Now that you've identified failed tests, go ahead and fix them. Once all of the issues are resolved, you can proceed to import the VM as an EC2 instance.